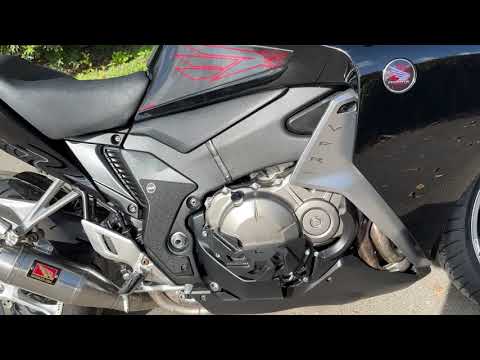 See it in action

The Honda VFR 1200 F is everything Honda learned over 35 years of building sweet V4s, expanded to 1237cc and packed up in big, slippery bodywork, with a ride-by-wire throttle, ABS &traction control as standard from 2012 onwards.

This example is showing 30,159 miles and has had 3 owners from new with service history to support, the last of which was with ourselves. It has also had a new front tyre and steering head bearings replaced by ourselves.

The bike has been used and has a couple of minor marks (see images) which is to be expected with the type of bike and its age and usage.

It has been professionally valeted by Bike Clean Xtreme.

The bike will also come with 12 months MOT on sale.

Other Used Bikes in Stock